How to use a property holding company

Today, I’m going to show you why I use a property holding company structure

– If you own multiple businesses and have profits that you move into investments in other companies, you could be making a huge tax mistake and putting your businesses at risk by not using a holding company structure.

Without it, you might be paying lots in dividend tax by passing money through yourself personally OR even worse, loaning money between company A, to company B which puts both businesses at risk.

I’m going to simply break down why a holding company structure is a smart way to manage your businesses and why it makes sense when you have multiple businesses.

A hold co is an incredibly efficient way to manage cash amongst your business, you can move profits from one company up, tax free and leave it protected in your holding company until you’re either ready to draw it as dividends personally or safely loan it into an asset or property company.

First thing’s first – I’m not an accountant and I don’t know it all. So I strongly suggest speaking to a real accountant about your own tax and business situation as anything I say in this video could technically be wrong, rules might change in the future etc… so just be smart about it.

So now we’ve explored the problems of owning multiple companies and moving profits between them… the big question is, what’s the most efficient way of doing it? Lets cover the same topics, but with a hold co structure

A holding company, is a limited company that you own 100% in your own personal name, but then your holding company owns all the shares of all the companies beneath it, these are known as subsidiaries. Lots of companies that you know use this structure because when you have multiple businesses, it just makes sense.

How a holding company can work well with property investing

PrevPreviousHow to get started with £30,000 in property investing
NextHow much deposit for buy to let?Next 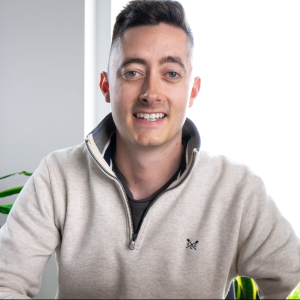 I'm Matt - I work for a bank by day and invest in property on the side. I run a YouTube channel to help others understand the world of property investing and personal finance to lead a more financially savvy life.

Be in the know - packed with inspirational, real updates & killer tips Pop in your email and I’ll send you the free guide!

Get Your Free Property Viewing Checklist

Be a part of a supportive, wholesome group of like-minded people.